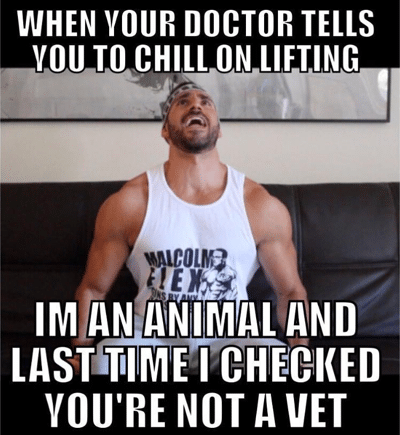 I was chatting with a customer a few days ago about how to plumb up his trans cooler. His application is a ’68 C10 with a 376 LS3 and 4L80e that spends the majority of it’s life as a cruiser. This customer showed me some diagrams he dug up on the internet.. and I was taken aback by the proliferation of ‘bro science on the internet.

Now, I respect the intent of ‘bro science. But I’m also a mechanical engineer whose been working in the radiator business since I was an intern at Modine in college 25 years ago. There are many things I don’t know, but I do know a few things about cooling.

In the post, I’m going to cover the correct way to plumb up your external trans cooler in conjunction with your internal transcooler. So let’s right this wrong.

If you spend a few minutes on Google looking up ‘how to plumb an external trans cooler’, you’ll find some version of this diagram straight from the PhD program at ‘Bro Science University: 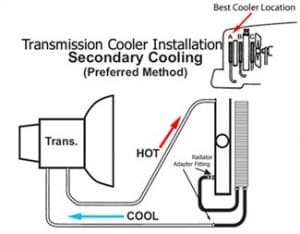 The way 99% of the ‘bro science inspired diagrams recommend plumbing the trans cooler is like this:

Let’s break each of these steps down and look at what happens in each step. 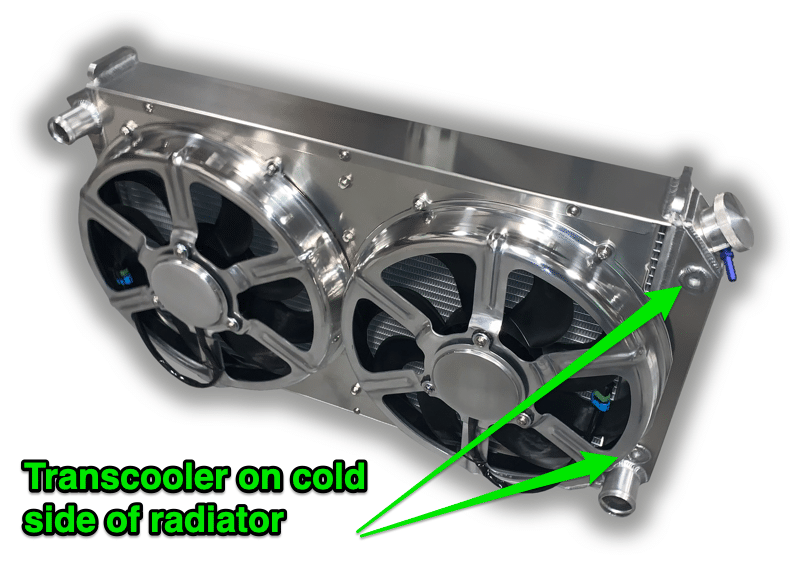 The temperature of the coolant coming into the radiator is fairly predictable since the engine coolant temperature is regulated by both the thermostat and the electric cooling fans.

A 195F thermostat and electric cooling fans are going to keep coolant temps near 195F. Now on to the transmission.

Starting at the transmission, we have hot transmission fluid around 200F (in normal cruising conditions) coming into the radiator, where the coolant is 140F. Let’s assume the submerged trans cooler pulls 75% of the temperature difference out of the trans fluid:

Keep in mind – all of this heat that is coming out of the transmission fluid is now going into the engine coolant. I’ll circle back to this in a bit.

Step 2: 155F Trans fluid coming out of the radiator and into the external trans cooler. This is where things become fairly unpredictable.

The cooling ability of an external trans cooler has a lot to do with how much air flow is moving over it and where it’s located. A trans cooler with its own dedicated fan is the best case scenario since it removes an unpredictable variable: airflow.

But there’s a second variable with our external trans cooler that we need to tend to: ambient air temperature. Since the external cooler is using ambient air moving over it, the outside air temps make a dramatic difference. Is it 117 in Death Valley or 64 degrees on a spring day in Chicago?

The cooler the outside air temps, the better our external trans cooler can do at pulling heat out of the trans fluid.

So when we put these two variables together, outside air temp and airflow, we have a wide range in cooling ability of the external trans cooler. It could pull 5F degrees out of the trans cooler or it could pull 60F out.

Step 3: The cooled transmission fluid is plumbed out of the external cooler and back to the transmission. This trans fluid could be 150F or 95F. That’s a pretty wide range to work with. And the end result is there is a fairly unpredictable operating temperature of the transmission fluid. Starting with 95F or 150F fluid could result in anywhere from 200F – 270F in trans temps under the exact same conditions of rolling down the highway at 70 MPH.

The other issue is thermal fatigue. When things are constantly going:

hot and cold  — cold than hot — hot than cold

over and over again, that wears things out. It causes components to expand and contract, which eventually causes them to weaken or fail.

The ‘bro science approach here is to try and get the coldest fluid temperature possible back to the transmission. Which true to ‘bro science, usually has lots of unintended consequences… like ignoring the second law of thermodynamics, otherwise known as  entropy, as our company is named.

So without further delay, let’s reveal the correct way for most street rides to plumb an external trans cooler. 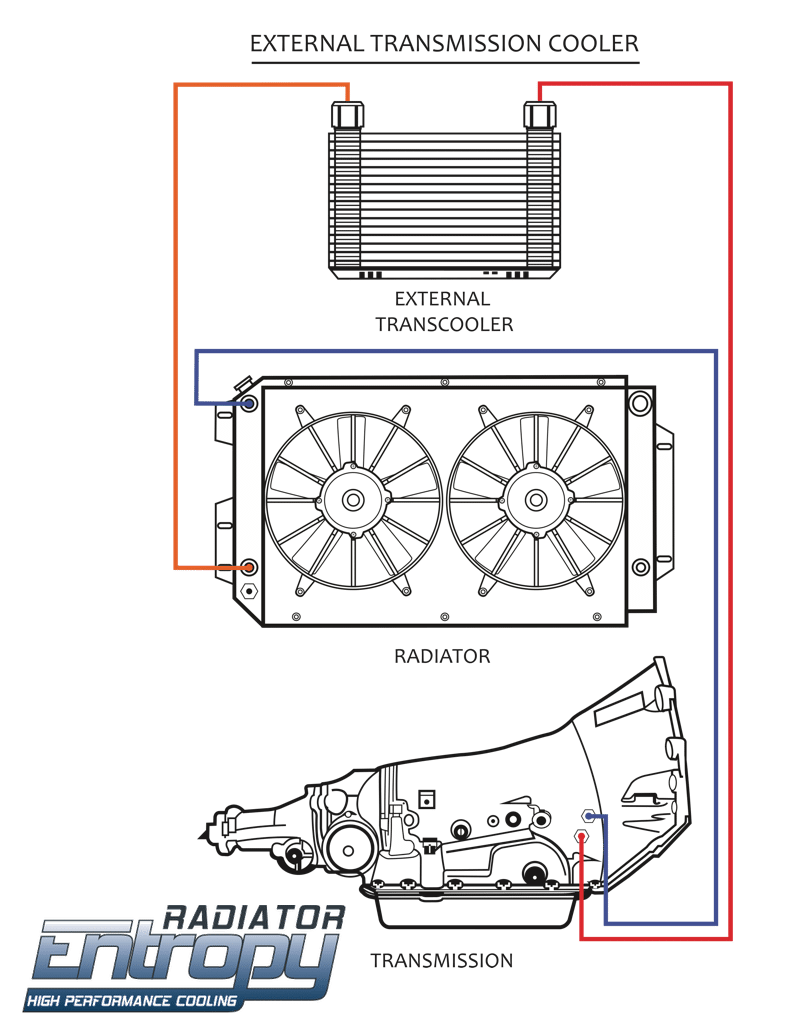 So the trans fluid temperature coming out of the external cooler, and into the radiator is 142 F.

Yes, you read that right.

Why is it going to be more consistent? Because the engine coolant temperature is going to be consistently in the 140F – 160F range. Thanks to our thermostat and external cooling fans set with a temp switch.

It also makes the shifting performance and stall speed of your converter much more predictable.

Is also puts a lot less heat in the coolant. In fact, with a really good external trans cooler and fan setup, you can actually pull heat out of the engine coolant through the trans fluid. Yes once again, you read that correctly.

In the next post, I’ll dig more into internal coolers in the radiator and touch on engine oil cooling.

Registration option not enbled in your general settings.